The Audacity of Improvement 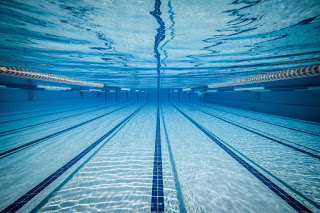 "Shorten your lever," the coach told me, "if you shorten your lever you'll get more power."
So I fixed my goggles and swam off trying to adjust my stroke to a 'shorter lever.'

It was in that moment that the idea of improvement requiring audacity came to me. After all, I'm 59 years old, and have been swimming since childhood. To think that I could improve at this point requires some audacity, at the very least!


Audacity is defined as:

boldness or daring, especially with confident or arrogant disregard for personal safety, conventional thought, or other restrictions.

So is the alternative to audacity; complacency? Settling for what's good enough or something comfortable and easy? In Masters swimming we do a lot of laps. If improvement isn't the goal then I'll be practicing the same bad stroke over and over again?! Drilling and mapping something less good repeatedly starts to resemble the infamous quote about insanity—doing the same thing over and over again and expecting different results.

I believe the same audacity applies at work too. The company started 23 years ago and has many goals – profitability, secure employment, safe workplace, and more. Within all that has been the constant striving for improvement, for doing better; and rejecting complacency as acceptable. Fenway Group is undertaking Lean Six Sigma processes and the training that will further establish a commitment to continuous improvement.

I've been a part of an industry that has changed rapidly over the past two decades. If  I've learned anything I've learned that within those changes is where opportunity for improvement exists.

"It is not the strongest of the species that survive, nor the most intelligent, but the ones most responsive to change."  ~ Charles Darwin

P.S. After weeks and weeks of practicing my new stroke with a shorter lever, I'm happy to report shaving 5 seconds off my 100 yard interval. Look out Michael Phelps!

Posted by Rick Sands at 5:15 PM No comments: